The town began as the Anglo-Saxon village of Hampton, in the kingdom of Sussex, and Roman remains have been found here. The name Little Hampton was given to it in the fourteenth century by sailors in order to differentiate it from the larger Southampton.

The forces of Empress Matilda landed at Littlehampton in 1139 when she began the civil war with King Stephen.

The manor was given by Henry V to Syon Abbey in Middlesex in whose hands it remained until the dissolution of the monasteries in the 1530s. The port was a royal dockyard of Henry VIII;a quay was built here in the 1670s. The manor passed through various hands until it became part of the estate of Arundel Castle in 1610:the Duke of Norfolk continued to own much of Littlehampton until the 1930s.

Littlehampton Redoubt was built to guard the town in the 1750s. Littlehampton used to be a resort of artists and writers, attracted by its peaceful atmosphere compared to larger towns such as Brighton. In particular Percy Bysshe Shelley and Samuel Taylor Coleridge spent a lot of time there, as well as Lord Byron who often swam in the river.

In the 1820s Littlehampton overtook Arundel, the oldest port on the Arun as the river's main harbour. Littlehampton officially became a town in 1853, under the Littlehampton Board of Health. The motto "Progress" was chosen.

The arrival of the railway in 1863, by a branch line from today's main West Coastway Line at Arundel Junction (now Ford railway station) changed the character of the town making the harbour less important but beginning the holiday trade. A cross-channel ferry was run from the port from the opening of the railway until 1882 when it was lost to Newhaven.

The town's first lifeboat was captained by Charles Pelham (1885-1940). In 1967 the RNLI station was opened having been funded by an appeal by the television programme Blue Peter. This was the first Blue Peter lifeboat. 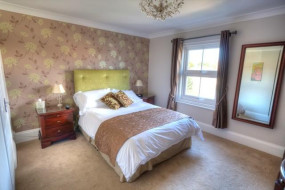 Very comfortable - Lovely clean and comfortable room facing the front. Bed was also very comfy. Had breakfast looking out of the dining room window facing the sea, shame it was raining!! Would definitely recommend and stay again.
Janet B - END_OF_DOCUMENT_TOKEN_TO_BE_REPLACED